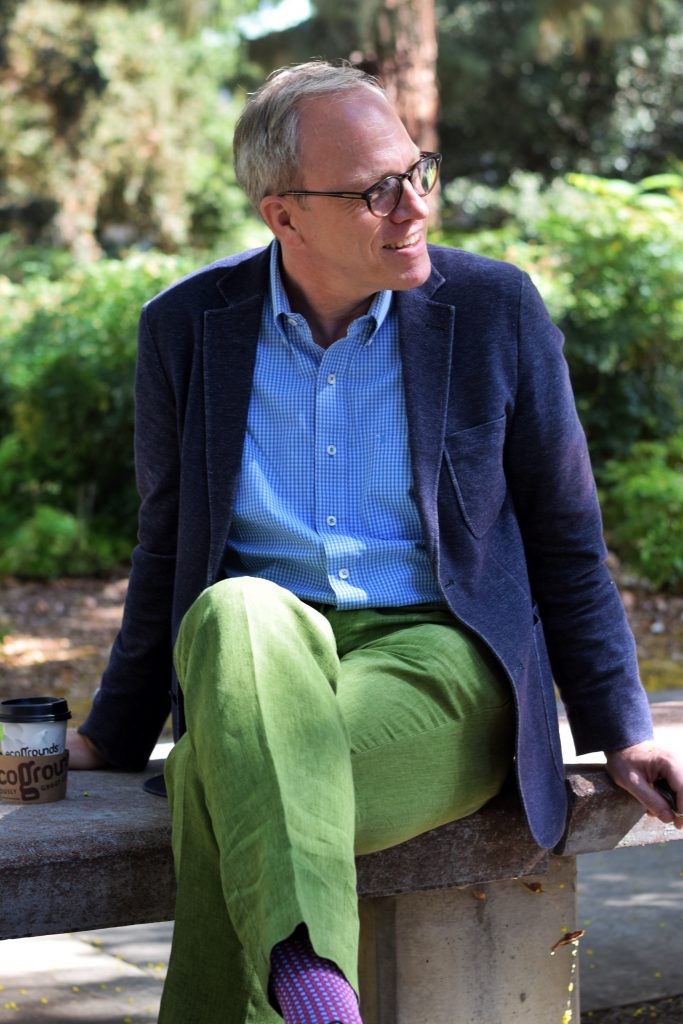 Johannes Endres joined the departments of Art History and Comparative Literature at UC Riverside in summer 2015. He has received his academic education in Germany, at the Universities of Trier and Leipzig, where he earned his Dr.phil. in 1995, and his Habilitation (Dr.phil.habil.) in 2004, respectively. In the US, he has been teaching as Visiting Professor at the Universities of California in Riverside and Irvine, at San Diego State University, Vanderbilt University, and Cal State Long Beach.

Important emphases of his research and teaching lie in the area of the history and arts of the ‘long 19th century’, from enlightenment to Weimar Culture and Vienna Moderne. He has published extensively on the intersections of text, visual arts, music, intellectual history, natural sciences, and the history of science. His most recent research projects are dedicated to Friedrich Schlegel, a pivotal figure of German and European intellectualism, and to concepts of fetishism in art, culture, and social studies.

AHS 251B
Proseminar in the Historiography of Art History
This seminar examines the historical foundations of art history through readings of its formative texts. The idea is to jump right in to the key debates that have defined our understanding of artworks and visual expression in the Western Tradition from antiquity onward. The course will begin by dissecting core writings on art, aesthetics and meaning by early philosophers and historians. We will then consider how these ideas enabled the codification of art history as a humanistic discipline during the nineteenth century and fueled its further refinement in the early twentieth. Rather than conceptualizing art history as a series of separate and distinct approaches, we will instead trace a few durable concerns that have shaped its practice.

AHS 120 (CPLT 111/EUR120/GER 111/MCS 178)
Berlin Metropolis in Literature, Film, Music, and Art
The course provides an introduction to Berlin and the modern concept of the metropolis as a gateway between the East and West, past and present, private and public life. It explores the topography of the city and the urban space through visual art, film, music, and text. We discuss aspects of city life and its changing expressions in 20th-century culture.

AHS 007
World Art: Images, Issues, Ideas
This course is an introduction to artistic achievements of the world’s cultures and to the ways in which they can be viewed. It provides students with a sound understanding of major art works from all ages and corners of the world, and the theoretical concepts and historical circumstances to which they owe their existence. We ask questions such as: What is art? What is an artist? How has their perception changed over time? What is an image? Why does art exist? What is ‘world art’? Why do we study art history?

Codes of Passion: Fetishims in the Arts

Iconology of Interspace: The Veil as Medium and Metaphor