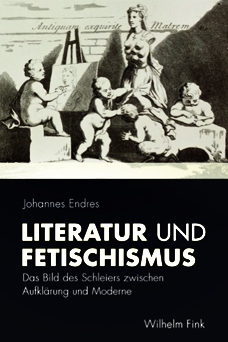 European eighteenth-century discourse saw the advent of two concepts, which have been central to our understanding of man’s relationship to the world and himself ever since: the proclamation of the autonomous artwork and the stigmatization of un-enlightened attitudes towards reality as ›fetishistic‹. The book argues that this is not a coincidence. Thus, it explores the discourse on and the phenomenon of fetishism in its major historical manifestations in ethnology, religious philosophy, social and economic theory, and finally psychoanalysis from the eighteenth to the twentieth century. Particular interest is paid to the metaphorical transfer of the veil motif between images and text, including the comparison of both media in the history of aesthetics from Lessing over Kant, Hegel and Nietzsche up to Benjamin and Warburg. The history of modern art thus appears as a revision of a teleology that implies an evolutionary escape of man from its fetishistic beginnings.