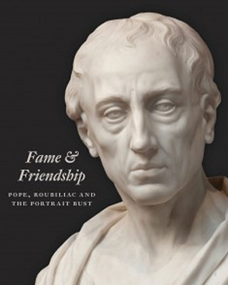 Pope took great pains over how he was represented and carefully fashioned his public persona through images, published letters and the printed editions of his works. Examined alongside some of the most celebrated painted portraits of the poet, will be a selection of the printed texts which Pope planned with meticulous care. The core of the publication will consist of eight different versions of the same portrait bust by the leading sculptor of the period, Louis François Roubiliac. END_OF_DOCUMENT_TOKEN_TO_BE_REPLACED