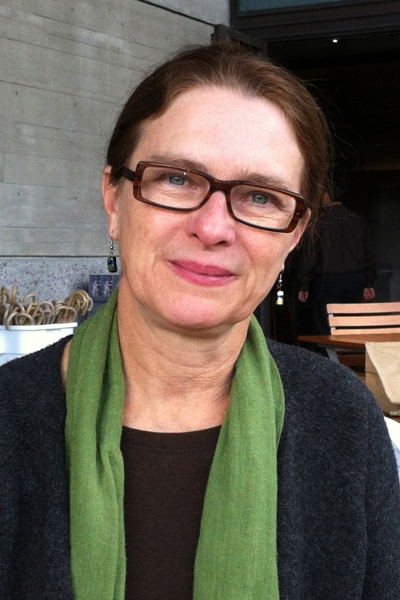 Patricia A. Morton is the author of Hybrid Modernities: Architecture and Representation at the 1931 International Colonial Exposition in Paris (MIT Press, 2000; Japanese edition, Brücke, 2002). She received grants and fellowships from the Getty Research Institute, the Fulbright Program, the University of California Humanities Research Institute, and the National Endowment for the Arts, among other institutions. She has lectured and published widely on architectural history and race, gender and identity. Her article, “National and Colonial: The Musée des Colonies for the 1931 Colonial Exposition in Paris,” Art Bulletin (June 1998), is the second-most cited article in the journal.

Her current book project, Paying for the Public Life, focuses on work by architect Charles W. Moore and his contemporaries, and examines how architects negotiated the contested postwar public realm and created new forms of architecture and urbanism responsive to contemporary social conditions. She is past editor of the Journal of the Society of Architectural Historians and Vice President-elect of the Society of Architectural Historians.

Dissertation: “The Civilizing Mission of Architecture: The 1931 International Colonial Exposition in Paris”

Department of the History of Science and Ideas, Spring 1999

“Charles Moore’s Perspecta Essays: Toward Postmodern Eclecticism” in Exhibitions, Periodicals, and the Shaping of Postmodern Architecture: The Medium is the Message? (Ashgate, forthcoming, 2016)

“A Tale of Two Venices,” in A Confederacy of Heretics: The Architecture Gallery, Venice, 1979, (Los Angeles: Southern California Institute of Architecture, 2013)

“The Uses and Abuses of Human Geography: Difference and Space at French World’s Fairs,” Journal of Architecture vol. 16, n. 6 (December 2011)

“National and Colonial: The Musée des Colonies for the 1931 Colonial Exposition in Paris,” Art Bulletin (June 1998)

“A Visit to WomEnhouse,” in Architecture of the Everyday, Deborah Berke and Steven Harris, eds. (New York: Princeton Architectural Press, 1997)

The 1931 International Colonial Exposition in Paris was a demonstration of French colonial policy, colonial architecture and urban planning, and the scientific and philosophical theories that justified colonialism. The Exposition displayed the people, material culture, raw materials, manufactured goods, and arts of the global colonial empires. Yet the event gave a contradictory message of the colonies as the “Orient” — the site of rampant sensuality, decadence, and irrationality — and as the laboratory of Western rationality. In Hybrid Modernities, Patricia Morton shows how the Exposition failed to keep colonialism’s two spheres separate, instead creating hybrids of French and native culture. END_OF_DOCUMENT_TOKEN_TO_BE_REPLACED

Of his Museum of Jurassic Technology, David Wilson once said, “Part of the assigned task is to reintegrate people with wonder”. And wonder museum visitors do, at exhibits like a woman’s horn, a bat frozen in a slab of lead, and microminiature sculpture framed in the eye of a needle. Asked to redesign the Los Angeles museum’s façade to meet structural requirements, Southern California architects Robert Mangurian and Mary Ann Ray quickly got involved in more than your typical seismic upgrade. Stunning full-color drawings show 40 outlandish potential facades for the MJT. Featuring essays by Pat Morton, Lars Lerup and Ralph Rugoff.