Jason Weems has won the Fred B. Kniffen Book Award for Best Authored Publication, and the John Gjerde Prize for the Best Book on Midwestern History awards for his book, “Barnstorming the Prairies: How Aerial Vision Shaped the Midwest.” 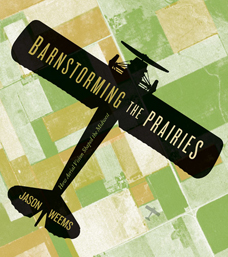 Writing a book is an all-encompassing commitment,” Weems said. “As scholars, we do it because of a belief that we can bring about a better understanding of the world. When trusted colleagues suggest that you might be succeeding in that effort, it is very special.”

The book offers a panoramic view of the transformative nature and power of aerial vision that remade the Midwest in the wake of the airplane. It addresses how fight led to a new view of the Midwest, and how aerial vision helped to recast the Midwestern landscape amid the technological change and social uncertainty of the early 20th century.

The Fred B. Kniffen Book Award for Best Authored Publication is awarded by the International Society for Landscape, Place and Material Culture Studies (ISLPMC). The ISLPMC encourages and recognizes books by authors regarding North American material culture, which is the physical evidence of culture, such as objects and architecture. Named for the renowned geographer, Fred Kniffen, the prize in his honor is granted annually for the best book in the field published within two years of the award. 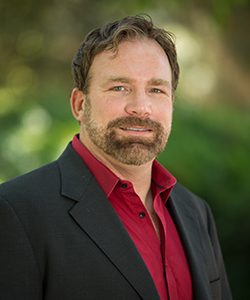 The Jon Gjerde Prize for the Best Book on Midwestern History is awarded by the Midwestern History Association to the best book authored on a Midwestern history topic during a calendar year. In the award announcement, it was noted that “Weems directs our attention to bird’s-eye-view maps, historic atlases, the paintings of Grant Wood, Frank Lloyd Wright plans, Farm Service Administration photos, as well as aerial photographs, to explore both the physical and the imaginative landscape of the Midwest.”