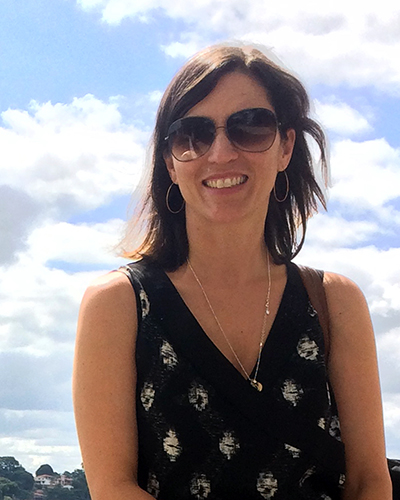 Aleca Le Blanc is a scholar of modernism, specializing in Latin American art and architecture with a focus on Brazil. Her scholarship addresses paradigms of abstraction, institutional histories, and global modernisms. She is currently at work on a book about that period entitled, Concrete and Steel: Artists in Industrial Brazil, in which she considers how a young avant-garde generation in Brazil’s cosmopolitan centers reimagined their relationship to the rapidly modernizing society in which they found themselves. She is the Book Reviews Editor for Latin American and Latinx Visual Culture. In the coming year, she’ll conduct archival research in Rio de Janeiro as a Fulbright Fellow.

Le Blanc was co-curator of Making Art Concrete: Works from Argentina and Brazil in the Patricia Phelps de Cisneros Collection, an exhibition at the Getty Museum in September 2017 and part of the region-wide initiative, Pacific Standard Time: Los Angeles/Latin America. She has lectured at the Reina Sofia in Madrid, the Pinacoteca in São Paulo, the Universität Zürich, the University of Pittsburgh and the University of Chicago, among other venues. Before joining the faculty at UC Riverside, she was the Managing Editor of the Getty Research Journal, a peer reviewed scholarly publication.

“Traveling through Time and Space: Calder in Brazil” in Calder and Abstraction: From Avant-garde to Iconic, ed. Stephanie Barron. (Los Angeles and New York: Los Angeles County Museum of Art and Prestel Publishing, 2013): 120-135

“Building the Tropical World of Tomorrow: The Construction of Brasilidade at the 1939 New York World’s Fair.” Hemisphere: Visual Cultures of the Americas 2 (Summer 2009): 26-45. 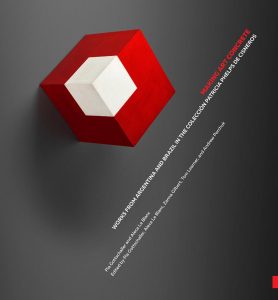 In the years after World War II, artists in Argentina and Brazil experimented with geometric abstraction and engaged in lively debates about the role of the artwork in society. Some of these artists used novel synthetic materials, creating objects that offered an alternative to established traditions in painting—proposing that these objects become part of everyday, concrete reality. Combining art historical and scientific analysis, experts from the Getty Conservation Institute and Getty Research Institute are collaborating with the Colección Patricia Phelps de Cisneros, a world-renowned collection of Latin American art, to research the formal strategies and material decisions of these artists working in the concrete and neo-concrete vein.

Making Art Concrete presents works by Lygia Clark, Willys de Castro, Judith Lauand, Raúl Lozza, Hélio Oiticica, and Rhod Rothfuss, among others, with spectacular new photography. The photographs, along with information about the now-invisible processes that determine the appearance of these works, are key to interpreting the artists’ technical choices as well as the objects themselves. Indeed, this volume sheds further light on the social, political, and cultural underpinnings of the artists’ propositions, making a compelling addition to the field of postwar Latin American art.

This volume is published to accompany an exhibition on view at the J. Paul Getty Museum at the Getty Center September 16, 2017 through February 11, 2018. Making Art Concrete is part of Pacific Standard Time: LA/LA.