Congratulations to JP Park on his article “The Anxiety of Influence: (Mis)reading Chinese Art in Late Choson Korea (1700-1850)” in the 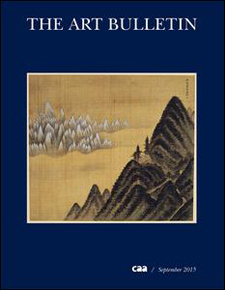 Woodblock printed painting albums and manuals from early modern China sparked changes in the way some forms of art were produced in late Chosŏn Korea (1700–1800). Although such art books were firmly rooted in the middle-class public in China, most pictorial and literary evidence tells us that these same books were used exclusively by highly positioned artists and critics in early modern Korea. This disparity of readership points to inequalities in cultural exchange and communication between early modern China and Korea, in which misinformation gave rise to a new source of artistic inspiration.