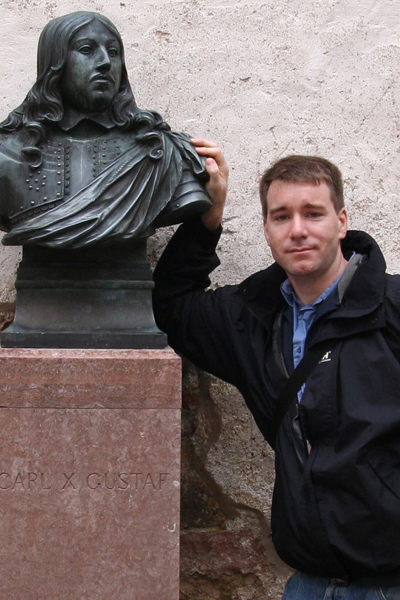 Kristoffer Neville’s work focuses on the early modern culture in northern Europe, and particularly on the integration into a more coherent and synthetic history of art of regions and traditions that often been seen as distinct. He has recently completed a book on the cultural history and significance of the courts in Copenhagen and Stockholm within northern Europe ca 1550-1720, and is beginning work on a new project on topography as a basis for history writing, with particular focus on its significance for the formation of architectural history. Other ongoing interests include architecture around 1700, prints and publishing, and early architectural literature.

Nicodemus Tessin the Elder. Architecture in Sweden in the Age of Greatness. Turnhout: Brepols, 2009.

“Royal and Roman in the Rebuilding of Berlin ca. 1700” Visual Acuity and the Arts of Communication in Early Modern Germany, ed Jeffrey Chipps Smith. Aldershot: Ashgate, 2014: 201-219.

“Suecia antiqua et hodierna. The Life of a Topographical Viewbook in the Eighteenth Century” Print Quarterly 30 (2013): 395-408. 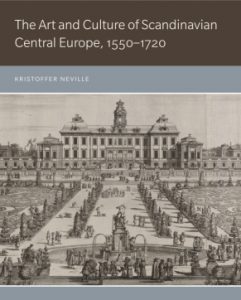 Politically and militarily powerful, early modern Scandinavia played an essential role in the development of Central European culture from the sixteenth to the eighteenth century. In this volume, Kristoffer Neville shows how the cultural ambitions of Denmark and Sweden were inextricably bound to those of other Central European kingdoms.

Tracing the visual culture of the Danish and Swedish courts from the Reformation to their eventual decline in the eighteenth century, Neville explains how and why they developed into important artistic centers. He examines major projects by figures largely unknown outside of Northern Europe alongside other, more canonical artists—including Cornelis Floris, Adriaen de Vries, and Johann Bernhard Fischer von Erlach—to propose a more coherent view of this part of Europe, one that rightly includes Scandinavia as a vital component.

The seventeenth century has long seemed a bleak moment in Central European culture. Neville’s authoritative and unprecedented study does much to change this perception, showing that the arts did not die in the Reformation and Thirty Years’ War but rather flourished in the Baltic region. 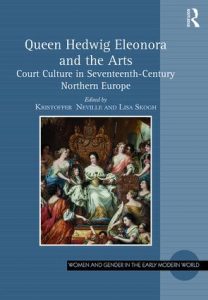 As queen consort and dowager, Hedwig Eleonora (1636–1715) held a unique position in Sweden for more than half a century. As the dominant collector and patron of art and architecture in the realm, she left a strong mark on Swedish court culture. Her dynastic network among the Northern European courts was extensive, and this helped to make Sweden a major cultural center in Northern Europe in the later seventeenth century. This book represents the first major scholarly publication on the full range of Hedwig Eleonora’s endeavours, from the financing of her court to her place within a larger princely network, to her engagements with various cultural pursuits, to her public image. As the contributors show, despite her high profile, political position, and conspicuous patronage, Hedwig Eleonora experienced little of the animosity directed at many other foreign queens and regents, such as the Medici in France and Henrietta Maria in England. In this way, she provides a model for a different and more successful way of negotiating the difficulties of joining a foreign court; the analysis of her circumstances thus adds a substantial dimension to the study of early modern queenship. Presenting much new scholarship, this volume highlights one extremely significant early modern woman and her imprint on Northern European history, and fosters international awareness of the importance of early modern Scandinavia for European cultural history.